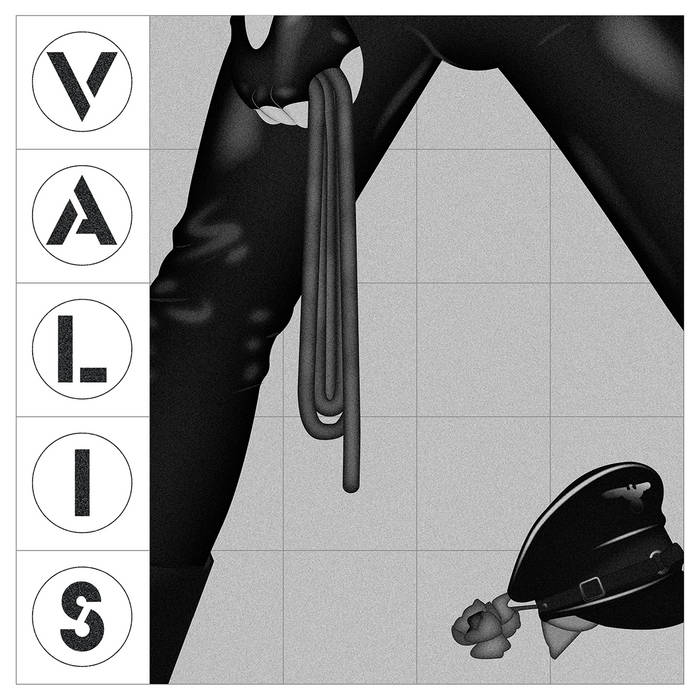 A Lane Most music will entertain me, but this actually gripped me. Compartmental yet fluid, it is an experience to behold. Favorite track: I.M.V. (International Mr. VALIS).

Adam Vorobyov Its VALIS and thus i'm willing to buy anything from them!

This album is a legendary on its own, its a must have for electronic music lovers! Favorite track: Schadenfreude.

No Name No Slogan

DKA is extremely excited to present "The Demolished Man," the long-awaited debut LP from Chicago-based duo VALIS (featuring Jeremiah Chrome of The-Drum and Josh Foxx). Until now VALIS has mostly existed as a legend, releasing only a handful of remixes (for luminaries such as //TENSE//, Soft Metals, Inhalt, Os Ovni, and more) and amassing a huge local following from their stunning and rare live performances in Chicago. Straddling the fine lines between classic synth-pop, industrial, and r&b, VALIS manages to fuse their influences into a whole that is far greater than the sum of its parts, and "The Demolished Man" is no exception to this rule.
Taking the listener on a dark, vivid, and intense trip through the various stages of grieving that follows the collapse of a long romantic relationship, it is very clear that this record is not just a collection of songs thrown together for an LP release. This is a record that was made and conceived as an album and to listen through it start to finish is to experience an incredible arc of emotions and ideas. The album's extremely lush and detailed production serves as a perfect counterpart to its rich conceptual execution and makes repeat listens extremely rewarding, but it is perhaps the impeccable songwriting that really ties it all together. The band claim to have scrapped two LPs worth of material in the 3 years that the world has been waiting for this record, and we can assure you that the resulting LP has made every second of the wait worth it.